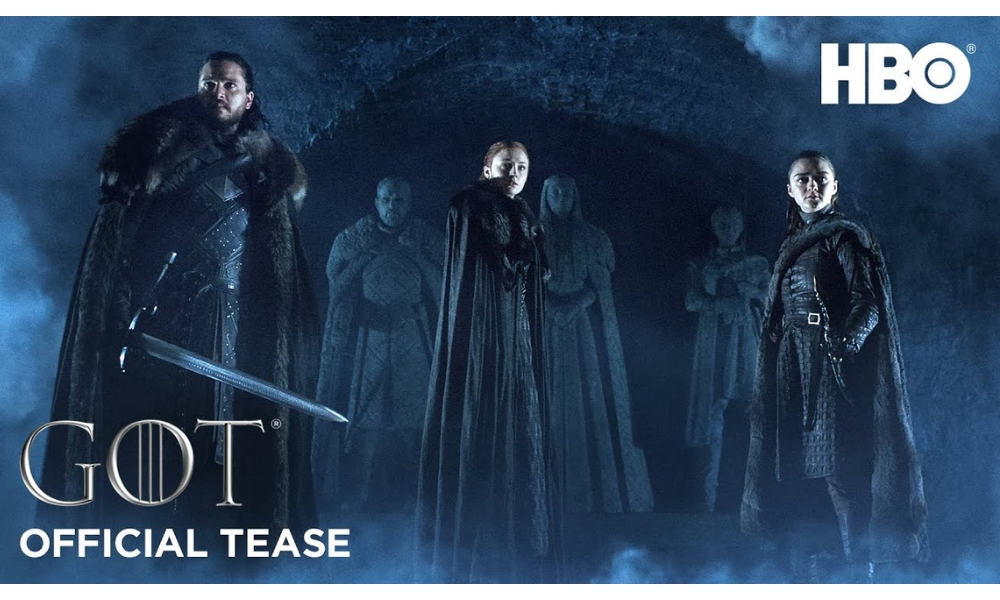 We feel like we've been talking about this for years but the final season of Game of Thrones officially has a premiere date...

After endless rumours, teaser trailers and more rumours, the final season of Game of Thrones finally has a premiere date.

HBO has announced that the show’s final season will begin on April 14.

The TV station did so by releasing a creepy-but-excellent new trailer for the final season, called Crypts of Winterfell. In the 90-second clip, Jon Snow, Sansa and Arya Stark can be seen walking through the crypt past the figures of lost family members, including Lyanna Stark (who is Jon’s actual mother), Catelyn Stark (the matriarch of the family who was killed at the infamous Red Wedding) and Ned Stark. As each passes a statue, a voiceover from the characters fills the air.

Finally, the three meet at the end of the crypt to discover three statues of themselves (at varying ages, though Arya and Sansa’s look to be as old as they are in the present time) before a frost begins to envelop the crypt.

Watch the trailer in full below…