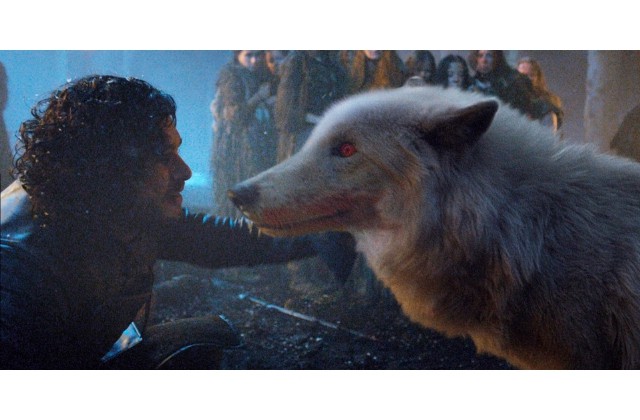 We’re counting down to the final season of Game of Thrones and there’s just been an exciting announcement regarding one of the characters...

After months of wondering, it was finally confirmed last month that Game of Thrones will come back to screens in April 2018. And whilst everyone involved is on a total lockdown when it comes to sharing any potential spoilers, the show’s Visual Effects Director has just confirmed the return of one our favourite characters.

Speaking with Huffington Post, Joe Bauer confirmed that Jon Snow’s direwolf Ghost is making his comeback this season, saying “Oh you’ll see him again. He has a fair amount of screen time this season.”

The last time Ghost made an appearance was in Season 6 when he left Castle Black with Jon after he was brought back from the dead.

Bauer explained why it’s been so long in between appearances and it’s because wolves aren’t super easy to work with. Go figure. “The direwolves are tough because you don’t want to get them wrong, so we always end up shooting real wolves and doing a scaling trick with them, but the real wolves only behave in certain ways.” Director Miguel Sapochnik told Business Insider that Ghost is “an incredibly time consuming and expensive character to bring to life.”

Given that it’s the final season, it’s only right that he makes a comeback.

Now, find out which shows are coming to Netflix this month and totally worth a weekend binge session (or five).