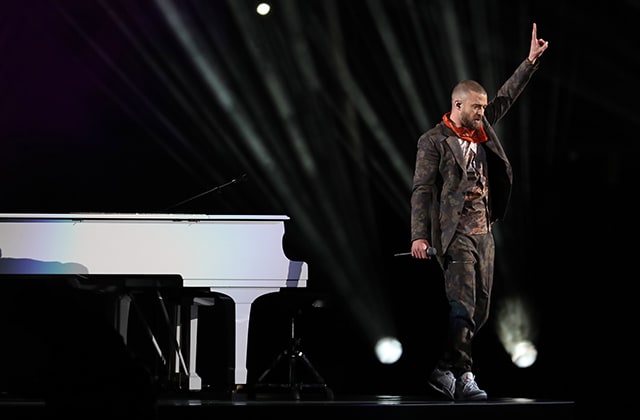 One of the year's most highly anticipated sporting events took place overnight and the half-time show was as much of a highlight as the game itself...

The 52nd Super Bowl took place overnight and saw a momentous win for the Philadelphia Eagles (marking their first Super Bowl title and defeat against the English Patriots). And whilst all eyes were glued to the match, the half-time show shifted the world’s attention to Justin Timberlake.

Over a decade after his infamous performance with Janet Jackson in 2004, the American singer-turned-actor returned solo and sang a medley of some of his biggest hits, including Sexy Back, Cry Me a River, Suit & Tie and Mirrors.

Dressed in a custom-made Stella McCartney look, the former NSYNC frontman donned a faux napa fringed jacket and an organic cotton shirt with landscape prints by British artist Martin Ridley as well as a single-breasted jacket and matching trousers complete with Prince of Wales check and camouflage splatter, both made from reused wool fabric.

Complete with a full marching band and accompanied by the audience in the stadium holding mirrors, Justin ended his Super Bowl set by paying an emotional tribute to Prince on piano. 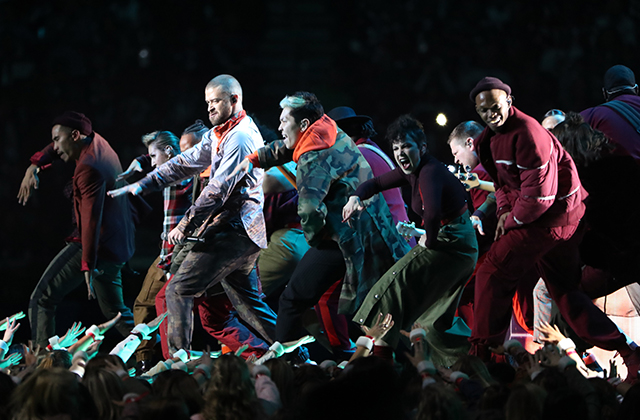 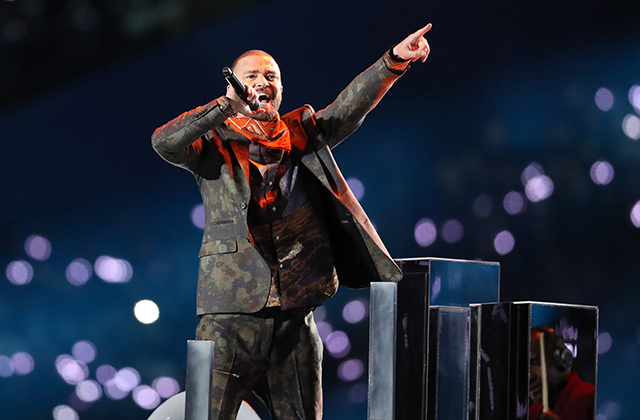 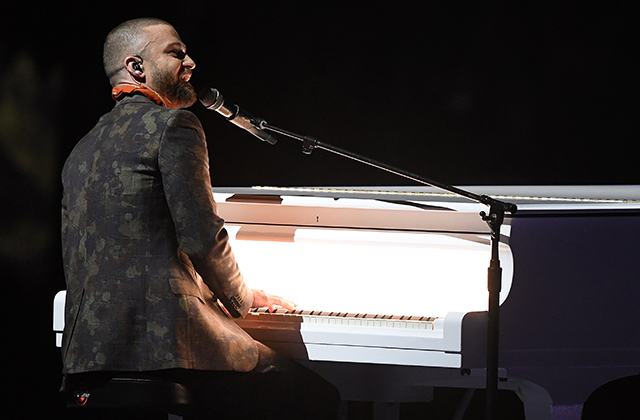