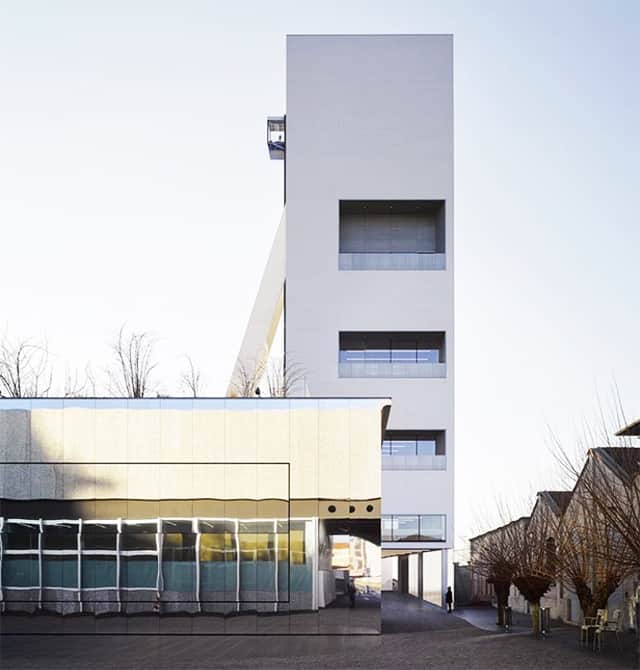 The final piece of the Fondazione Prada complex is about to open its doors to the public and we've got the details of what to expect ahead of its opening next month...

Just a few days before unveiling its autumnal collection during Milan Fashion Week to the fash pack, Prada suddenly changed its show location and opted for the newest addition to the Fondazione Prada complex to host the show.

Marked as the final piece of the Fondazione Prada complex, the new site, titled Torre, hasn’t officially opened to the public yet (the F/W’18 show was just a sneak peek) but now, we finally have an official opening date.

The 60-metre building (designed by Rem Koolhaas, with Chris van Duijn and Federico Pompignoli) will be unveiled to the public during Milan’s international furniture and design trade show Salone del Mobile next month.

Also, news emerged overnight that the new site will also include a Michelin-starred chef-run restaurant and a rooftop bar on a panoramic terrace, along with the six-floor exhibition space that will display works and large installations from the brand’s collections, as well as contemporary artworks by Italian and international artists.

The Fondazione Prada’s Torre Tower will be unveiled during Salone del Mobile, which is set to run from April 17 to 22. In the meantime, find out where the brand is heading to stage its next Cruise ’19 show.