Chanel announced as exclusive sponsor of the Grand Palais renovations 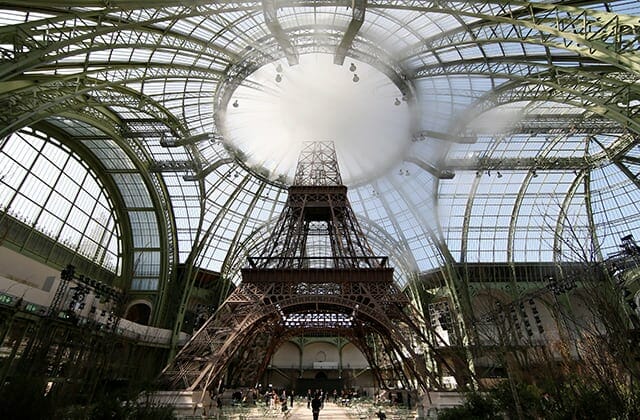 Paris' iconic Grand Palais is about to go under major renovations and with Chanel's support, we're sure it's going to be nothing short of spectacular...

If there’s one place that is perfect for staging the most incredible fashion shows, it’s the Grand Palais des Champs-Élysées.

News emerged overnight that the 1900-built historic Parisian site (which also serves as an exhibition hall and museum complex) will undergo renovation to better accommodate a series of galleries and more exhibition spaces.

The reconstruction project is estimated to be around Dhs2.1 billion and whilst the French state will manage most of the budget, the sole sponsor of the renovation has been revealed as Chanel.

It was only natural that the French maison would support the renovation of the cultural landmark. Designer Karl Lagerfeld has staged some seriously statement-making shows at the Grand Palais, transforming the space into an Instagram-worthy spectacle with incredible backgrounds for his ready-to-wear and couture shows. Some of these include a French Garden for S/S’18 couture, a breathtaking waterfall for S/S’18, a data centre for S/S’17, a spaceship for F/W’17 and the Eiffel Tower for F/W’17 couture.

Coinciding with the fact that Chanel’s Founder, Gabrielle “Coco” Chanel, was absolutely in love with Paris, the Grand Palais’ original grand ornamental entrance will be named after her once it opens its doors in 2024.