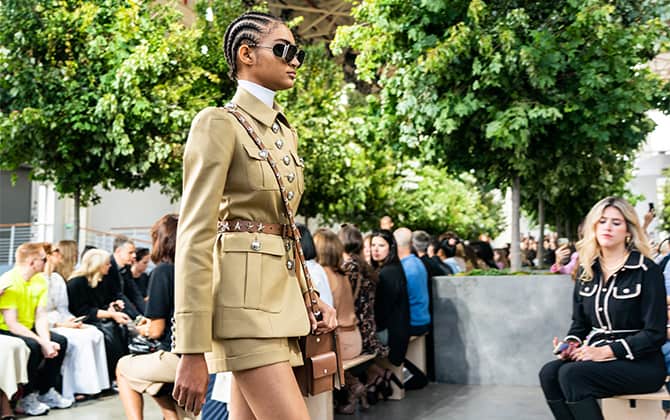 And just like that, we're nearing the end of New York Fashion Week. But before we bid adieu, Michael Kors is yet to deliver his Fall/Winter '20 collection...

Another season of New York Fashion Week has come to an end and whilst Tom Ford kicked things off in Los Angeles, a plethora of designers and brands including Carolina Herrera, Zimmermann and Oscar de la Renta, have showcased some of the most colourful ensembles for Fall/Winter ’20 in the Big Apple.

However before the six-day event comes to an end, we’ve yet to see a new collection from a major player on the fashion calendar.

Tonight, Michael Kors will be closing New York Fashion Week and you’re in luck as we’ve got front row seats to the show. This season, the will be taking place at the American Stock Exchange Building and we’re bound to see some familiar faces grace the runway.

Tune in at 7pm (local time) to witness all the action unfold on the runway.

Then, take a look the Arab army of designers that took over the 2020 Oscars.