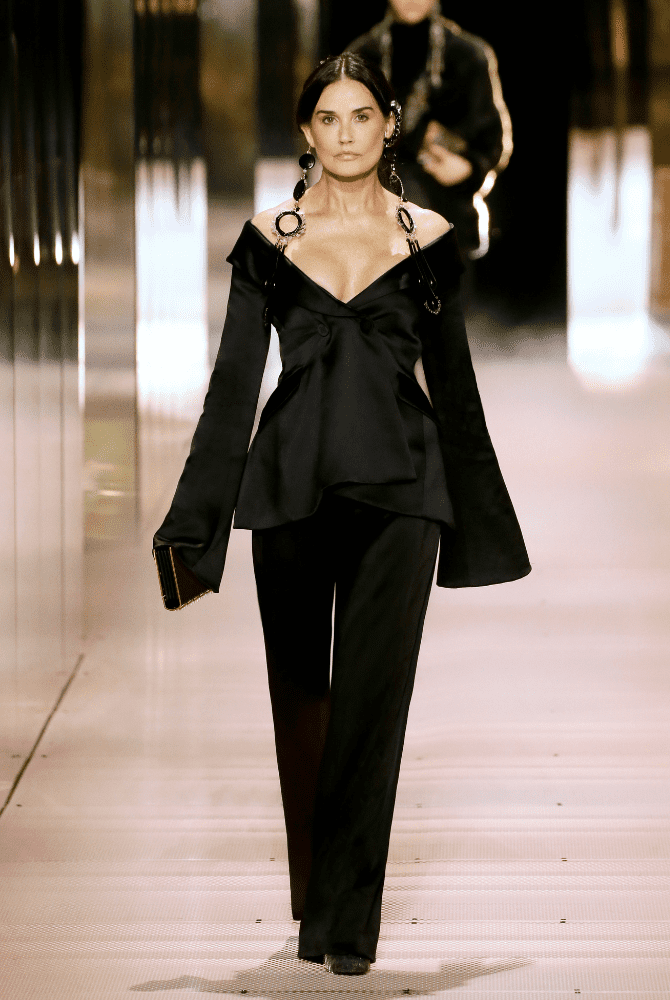 Here are three things to know about the breathtaking couture show...

Kim Jones has finally made his Haute Couture debut at Fendi and it was just as breathtaking as you’d expect it to be. He brought romance to the Spring/Summer ’21 collection and paid homage to pioneering women — some of whom were spotted on the runway. Below, discover three key things to know about the Fendi Haute Couture show…

The designer was raised in Africa, London and Sussex, and his multi-cultural upbringing led him to spend some time just a short distance from Virginia Woolf’s home — she was a part of the pioneering group of associated English writers, intellectuals, philosophers and artists — and Jones looked at Bloomsbury and its romantic British sensibility, and married it with his own love for couture. The collection blossoms with rich references such as the embroidered embellishments on gowns inspired by the painted murals of Charleston (the modernist home of the Bloomsbury Group) and the casting of men, which symbolises Virginia Woolf’s literary masterpiece Orlando, which tells the story of an Elizabethan nobleman who transforms into a woman and travels through time.

2. Couture for men is a thing

For his inaugural Haute Couture show, Jones chose to break gender norms and made couture for men. On the runway, we spotted pale-faced male models with bright red lips sporting beautifully tailored jackets, single-breasted suits and even a full one-sleeve, long length cape.

3. There was a star-studded line-up

Let’s talk about the casting because it literally brought heat to the Fendi maze. Kim Jones’ model fan base Bella Hadid and Cara Delevingne were on the runway, alongside the iconic supermodels of the ’90s: Kate Moss, Naomi Campbell and Christy Turlington. Kate Moss’ 18-year-old daughter Lila Grace, and Christy Turlington’s nephew, were surprise additions to the star-studded line-up. Rounding out the cast? Demi Moore, Farida Khelfa and Adwoa Aboah.