The fashion industry come together to save Ukraine

The pressure is on
March 3, 2022
Meeran Mekkaoui 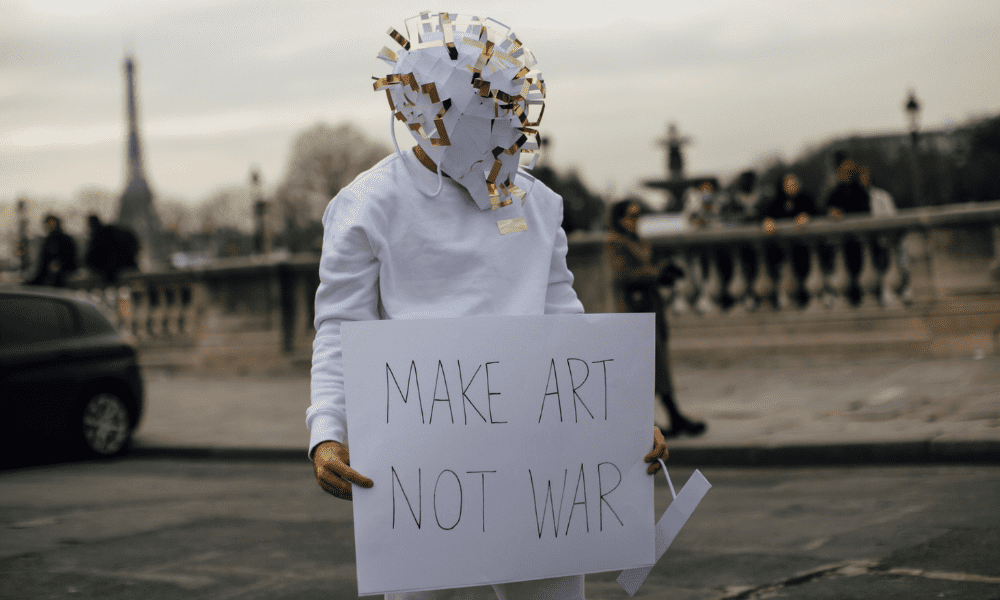 As Paris Fashion Week continues, so too, is the pressure for designers to use their platforms to show solidarity with Ukraine...

As the fashion sphere is currently in Paris for Fashion Week, Russia’s brutal war on Ukraine is escalating and pressure is growing for designers and brands to cut off their Russian revenue streams. Kyiv, home to a strong contemporary fashion scene, is currently a ghost town since the Russian invasion began and Ukrainian designers (and those from neighbouring countries) are making a statement of solidarity with Ukraine.

Whether it’s calling for the fashion industry to show support by ceasing trade with Russia or making donations to several organisations that have been set up to help with the ongoing war. Kering Group has announced that it will be making a significant donation to the UNHCR, the United Nations Refugees Agency in order to contribute to humanitarian efforts to bring aid and support to Ukrainian refugees, whilst LVMH has made an emergency donation of five million euros to support the International Committee of the Red Cross (ICRC) to help the direct and indirect victims of this conflict.

From a designer’s standpoint, Giorgio Armani is one of the few major designers (and the first) to have addressed the war directly on the catwalk, holding his Milan show in silence. In a statement, the designer said the choice not to play music at Sunday’s event “was taken as a sign of respect towards the people involved in the unfolding tragedy in Ukraine”.

At Paris Fashion Week, Balenciaga has become the first brand to make a statement of solidarity with Ukraine and donated to the World Food Programme. Ahead of a show scheduled for Sunday, the brand said it “would open our platforms in the next few days to report and relay the information around the situation in Ukraine”.

Below, take a list at the brands and designers using their platforms in hopes of an impact…