Vanity Fair rumoured to be making its Middle East debut

Said to be launching later this year

Buro 24/7 Middle East has heard from sources that Vanity Fair – the iconic Condé Nast-owned culture, fashion, and current affairs glossy monthly is about to make its Middle Eastern debut.

According to insiders, ITP Publishing are preparing to announce the news that it will work as the Dubai-based publisher for Vanity Fair Middle East. The UAE publishing house is said to be in the process of hiring a team of 12 for the Arabian version, and has bought the rights to the iconic monthly magazine.

Condé Montrose Nast – the founder of the publishing empire – started his foray into media by purchasing the men's magazine Dress in 1913. The mogul renamed the title Dress and Vanity Fair, and published four issues of his new title in 1913. The magazine thrived throughout the Twenties, and achieved a circulation of 90,000 copies at its peak. Sadly the Great Depression and subsequent declining advertising revenues lead to the magazine being folded into Vogue from March 1936. 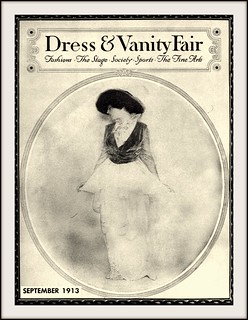 Five decades later, under the new ownership of S. I. Newhouse, Condé Nast announced that it was reviving Vanity Fair in 1981. The first issue of the magazine was then published in February 1983. The title grew enormously, and became renowned for its famous contributing photographers including the iconic Bruce Weber, Annie Leibovitz, Mario Testino and Herb Ritts.

The title is also famous for its daring exposés – most notably Marie Brenner's article on the tobacco industry called 'The Man Who Knew Too Much' which was later adapted into the 1999 movie The Insider, starring Al Pacino and Russell Crowe.

The magazine's controversial editorials and insider scoops on high-powered individuals and the royal families seems unlikely to be present in the Middle East version of the title, owing to the nature of the press in the region.

Vanity Fair published a scathing article centred around Dubai in April 2011 called 'Dubai On Empty' written by A. A. Gill, including an introduction which read: "A. A. Gill discovers that no one truly belongs in Dubai, where the legacy of oil has made everything worthless." The article was thought off by many as one-sided and ignorant, and led to criticismof the title and the writer around the region and beyond.

There is no official confirmation from ITP Publishing or Condé Nast on the rumoured new version at present, and Buro 24/7 Middle East will – of course – keep you posted.

Harper's Bazaar to open café in the UAE