Those out of the loop might be perplexed over the choice, but we, we know how great this is. Don't we? Joan Didion. The ultimate Céline chick. Phoebe Philo has clearly been long-inspired by the impossibly cool Didion – the minimalist wardrobe, the bare face and carefree hair, that car. It all makes so much sense.

Lets take a closer look at this genius partnership:

Firstly, Didion's famous packing list (which has enjoyed a digital resurrection thanks to the likes of Tumblr) reads like a Céline collection – "2 skirts, 2 jerseys or leotards, 1 pullover swear, 2 pairs of shoes". "i mean maybe i was holding all of the aces, but what was the game?" – joan didion

Secondly there is the undeniable similarity between Philo (below) and Didion (above) – that blank stare, that carefree attitude that is impossible to fake. Both women have also been vocal about relying on a "uniform", a simple edit of fashion that takes them through the seasons – no fuss. 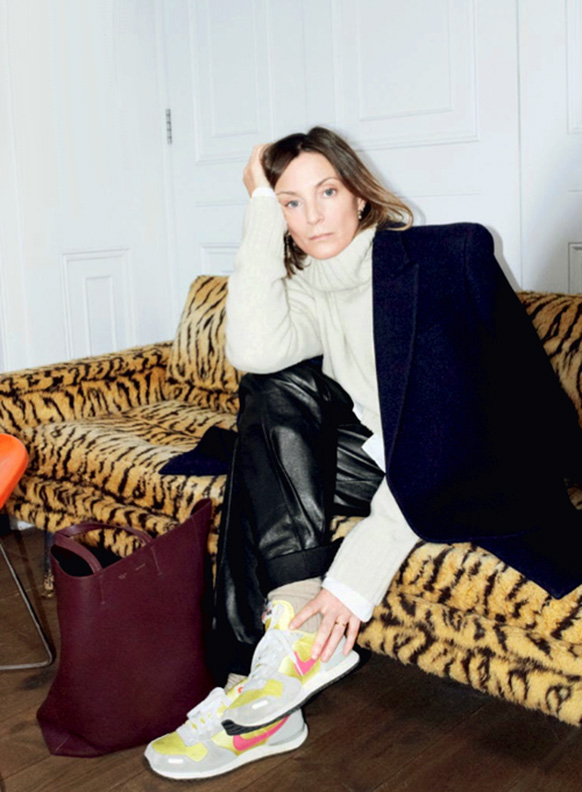 Recently Didion's nephew Griffin Dunne together with Susanne Rostock took to Kickstarter to fund "The first and only documentary about Joan Didion. Made with Joan, using Joan's words." The reward for pledging the second highest amount? $2500 for a pair of Didion's sunglasses, second only to visiting the crew on set for $5000: A clear indication to Didion's style power. (The funding was successful – get excited.)

Then there is, of course, the car. Take a closer look at Daria Werbowy in the maison's Cruise 2015 campaign, its a modern day interpretation of one of Didion's most iconic images: her leaning out of her Corvette Stingray in the 1970s. The only real difference is two photographers – Julian Wasser for Didion and Tyrone Lebon for Webowy – and four decades.

The 70s style icon, fast-forward forty-years or so, has come full circle – fronting one of the coolest labels around, aged 80. Now that, perhaps, answers one of Didion's own questions: "“I mean maybe I was holding all the aces, but what was the game?”