This is the first campaign developed under the direction of Paul Surridge
January 11, 2018
Meeran Mekkaoui 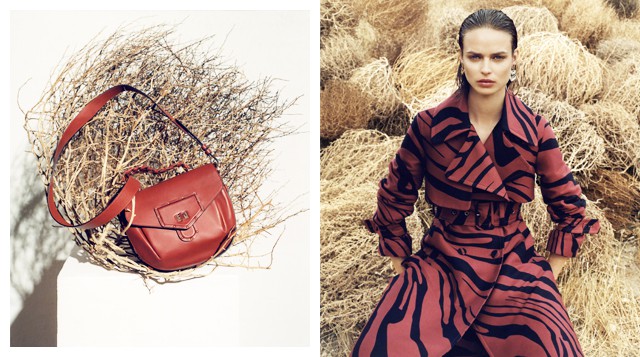 From announcing a new Creative Director to taking a minimal approach towards Spring/Summer ’18 dressing and announcing a one-off co-ed show for the upcoming Milan Fashion Week, 2017 was a year of changes for the house of Roberto Cavalli.

Recently announced as the name behind the interiors for a new tower along the Dubai Canal, the brand has just revealed a new campaign for Spring/Summer ’18.

Marking Paul Surridge‘s first campaign for the Florentine fashion house, the new Creative Director picked an all-female team to bring his artistic vision to life. Tapping American photographer Zoe Ghertner and Dutch model Birgit Kos, the campaign is a juxtaposition of raw elements and urban realness that embody the femininity of the latest collection.

Speaking of the campaign, the brand’s Creative Director said: “For my first advertising campaign for the brand, I wanted to work with an all-female team, which could better interpret the fiercely independent attitude of the Roberto Cavalli woman. We opted for an outdoor set and natural light to capture an unfiltered, spontaneous, unpredictable moment infused with powerful energy.”