Buro 24/7 Middle East Guide: Vogue Fashion Dubai Experience 2014 – what to see and what to do

showcase of the world's newest fashion trends, plus a mentoring platform to nurture an upcoming generation of fashion designers, the second edition of Vogue Fashion Dubai Experience (VFDE 2014) is not to be missed and will be held from October 30 to November 1.

Hosted by Emaar Properties and Vogue Italia between The Dubai Mall, and the Armani Hotel Dubai inside the world's tallest skyscraper, this year's proceedings promise to top last year's inaugural VFDE event.

Buro 24/7 Middle East breaks down what to see, when, especially for you... Helping kickstart the three day event, eight rising talented international designers will be presenting their newest collections at the VFDE 2014 fashion show in Dubai Mall – with Ali Mostafa and Karolina Kurkova as the show's MCs. Showcasing eight promising international talents, the brands on the catwalk will be: Asudari from Saudi Arabia, Christopher Esber from Australia, J. JS Lee from South Korea, Madiyah Al Sharqi from the UAE, Miuniku from India, N°3 also from the UAE, along with Piccione Piccione by Salvatore Piccione and Jean by Stella Jean – both from Italy.

Then, on Friday October 31 – following the first global talent scouting competition launched and organised by The Dubai Mall and Vogue Italia – with the support of BySymphony.com, there will be the opening of the 'International Talent Showcase'. Held at the Armani Hotel in Downtown Dubai, the selected designers will unveil their SS15 women's and accessories collections. Designers will be coming from all around the world and include, HKD from Lebanon, Astrid Sarkissian from France, Steven Tai from Canada, Shamsa Alabbar from the UAE and many more.

Abdulla Lahej, Group Chief Executive Officer of Emaar Properties PJSC said, "The first edition of Vogue Fashion Dubai Experience elevated Dubai to the league of a global fashion capital. This year's selection of emerging and new designers is a a testament to the incredible potential of the region, and serves as a platform to further strengthen their global outreach."

*The Fashion Show will be taking place on Thursday October 30 at 20:00 in the Dubai Mall.
*The International Talents Showcase will be open to the public in the Armani ballroom on Friday October 31 from 14:00–18:00. 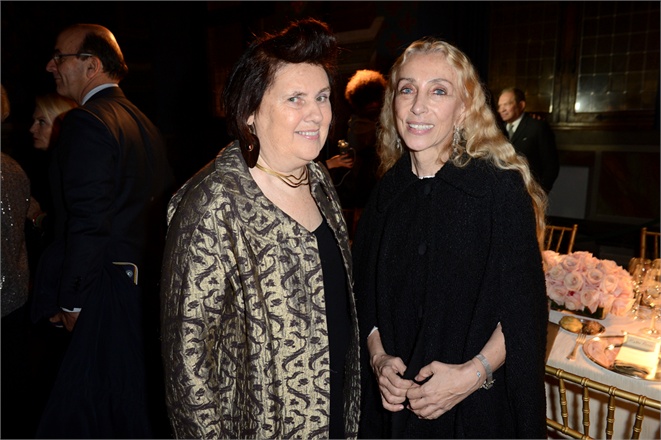 Promising to give a unique and unmatched outlook into the fashion industry and the region's creative talent, on Friday and Saturday – starting from 4:00pm – a handful of unmissable engaging fashion lectures will take place. Ones that can't be missed are the 'New Generation in Fashion' by Vogue Italia's Franca Sozzani and British Vogue's Suzy Menkes, 'Heritage Moving Forward' by Emilio Pucci's Peter Dundas, and 'The Strength of Tradition' by Alberta Ferretti on Saturday.

Store activations will take place at countless flagship locations throughout The Dubai Mall during this year's VFDE. Buro 24/7 suggests you make a stop at Alexander McQueen, where a selection of Haute Couture gowns will be displayed for the duration of the three-day event. Whereas over at Pucci on opening night, you can attend a styling workshop in-store to see how to style the iconic Pucci scarf in multiple ways, and discover the brand's 'Scarfie' App. 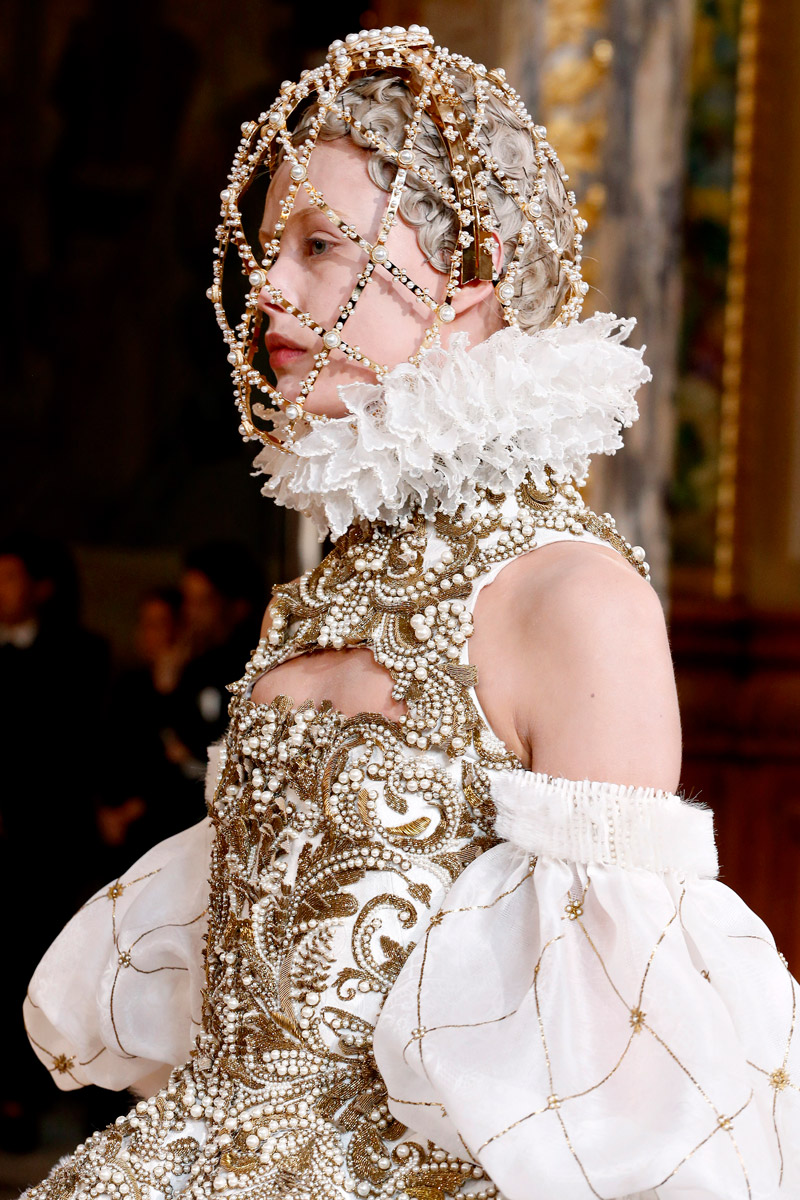 May we also suggest you celebrate this year's VFDE at the Vogue Café itself within the award-winning Level Shoe District, which is inviting the public to an opening night of live entertainment on October 30 (18:30-23:30) with young British neo-soul singer Laura Mvula who will be performing live, before the location's pioneering footwear goes on display at the 'Virtual Shoe Museum' exhibition – plus various in-store initiatives such as United Nude continuously printing 3D shoes live, and offering the chance to win a pair designed by architect and founder Rem D. Koolhaas, who will be visiting Level for the special showcase.

Street style favourite, Caroline Issa will also be styling the Symphony windows with beautiful pieces from the boutique's current collections along with the exclusive Baraboux bags. 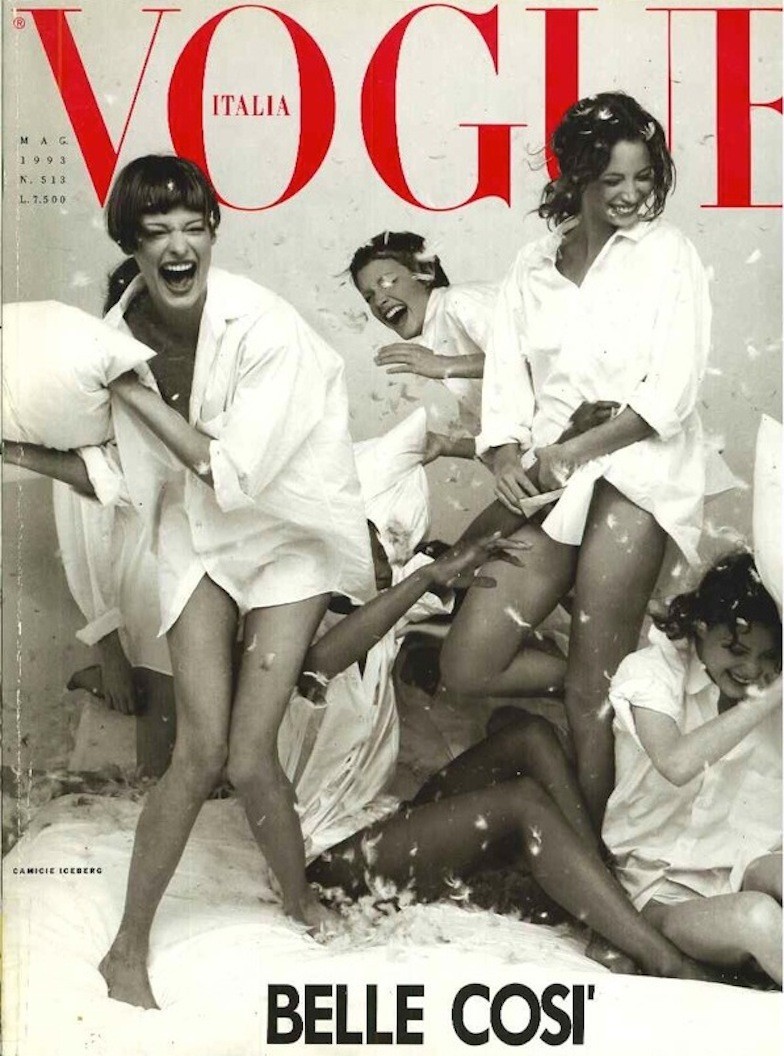 A display titled The Italian Way will highlight the country's style by gathering eighty looks from the most important fashion brands of the past modern decades. The craftsmanship will be celebrated through five themes: prints, red carpet, embroidery & appliqués, black and finally; casual. A video installation of the most beautiful covers and pictures of Vogue Italia will complete the exciting exhibition.

The second exhibition is dedicated to the concept of 'Who is on Next?', a project organised by Altaroma in collaboration with Vogue Italia, to scout and promote new talents 'made in Italy'. It is currently celebrating its 10th anniversary, marking a decade of commitment in the promotion of brands exclusively produced in Italy and supporting local handcraft and manufacturing.

Musicians Lana Del Ray, Lykke Li and Nancy Ajram will also be involved in the three day festivities, with no word on what they will be doing yet, however if two are set to perform, Buro 24/7 Middle East will be the first to know – we've got you covered.

19:00 – The Fashion Show, at the Dubai Mall Fashion Catwalk

20:00 – In-store initiatives at The Dubai Mall begin (see above for more detail)

14:00-18:00 – The International Talents Showcase at The Armani Hotel Ballroom

11:00 – 19:00 – The International Talents Showcase at The Armani Hotel Ballroom (continued)

Roundtable with eight international designers who showcased their Spring/Summer 2015 collections at the VFDE 2014 fashion show.