These celebrities gave love to our locals...
December 22, 2018
Meeran Mekkaoui 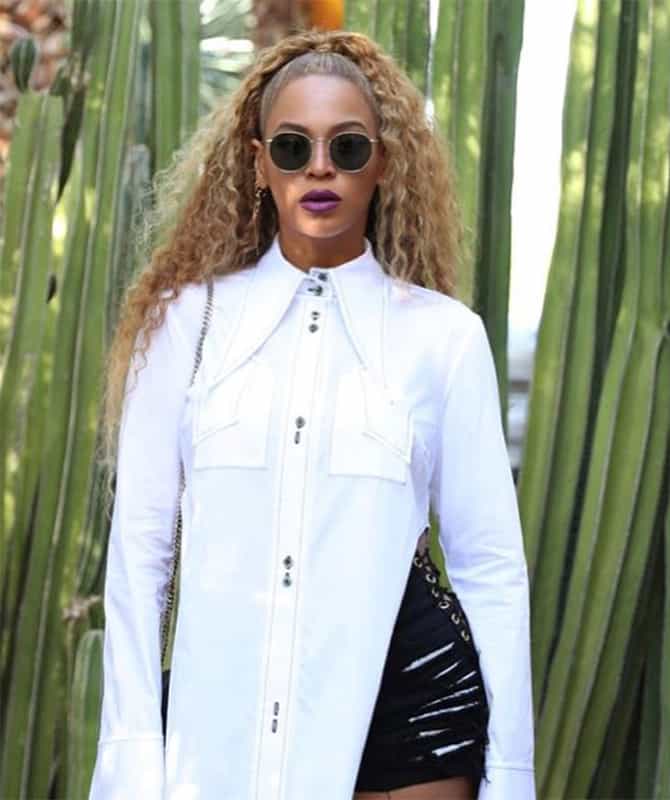 The fashion industry in the Middle East has had plenty of love from celebrities across the globe...

There was no shortage of love for Middle Eastern designers from international celebrities across the past year. From ready-to-wear to couture and accessories, the likes of Beyoncé, Rihanna, Cardi B, Kylie Jenner, Sofia Richie and Queen Rania of Jordan fronted pieces from the region (some more than once, too).

With 2018 officially coming to an end, we’re taking a look through some of those moments with 18 designers under the spotlight…

It’s been another successful year for Lebanese designer Lama Jouni. The Dubai-based designer launched an e-commerce platform (finally!), delivered a fashion-forward Fall/Winter ’18 collection, and had some of the world’s most famous faces don her pieces.

Following in the footsteps of Bella Hadid (who was seen wearing the brand’s Back to Basics hoodie last year), Jasmine Sanders was captured wearing Lama Jouni trousers during New York Fashion Week earlier this year, Nicole Scherzinger opted for a full silk ensemble from the brand and most recently, Rihanna sported the exclusive Kodak collaboration tee just hours after her first-ever makeup masterclass in Dubai.

Known for his beautiful bridal gowns and couture pieces, Lebanese designer Saiid Kobeisy is putting his name on the map after announcing the opening of his first major flagship store in The Dubai Mall on December 18, 2018. We can expect great things from the designer as he just dressed Jennifer Lopez in a Fall/Winter ’18 couture dress for her appearance on The Tonight Show Starring Jimmy Fallon. 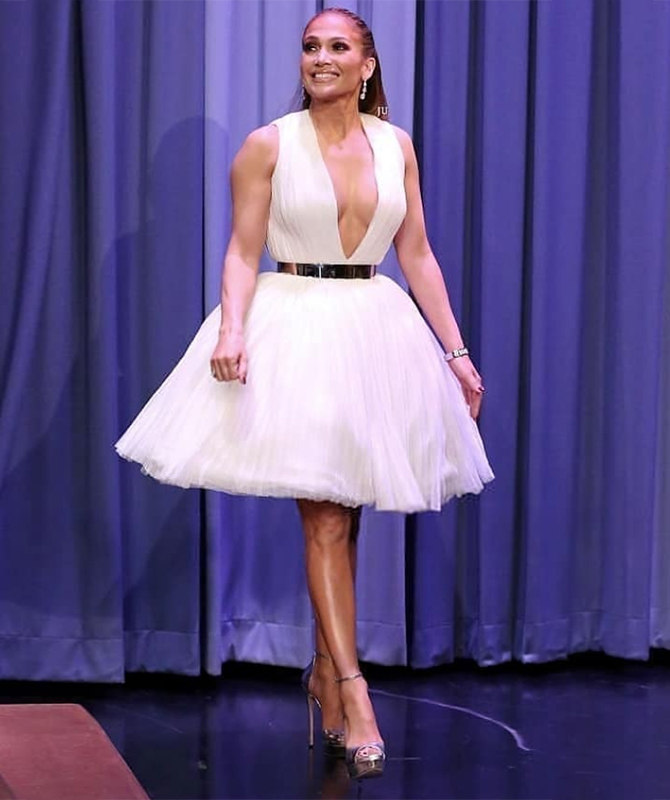 Talented Lebanese designer Nicolas Jebran has had a very successful year and his client portfolio has only grown stronger.

This year alone, the man has dressed Beyoncé (who wore the custom-made black velvet dress to the Grammy Awards), Kendall Jenner (who rocked an embellished couture sweater dress during the Cannes Film Festival), Janelle Monae (who chose a rainbow dress for the BET Awards), Cardi B (in a custom-made magenta velvet dress for the VMA’s), Sofia Richie (who donned a Spring/Summer ’18 collection dress during New York Fashion Week) and Naomi Campbell (who chose a custom-made dress and caftan whilst in Dubai).

Founded in 2012, Madiyah Al Sharqi has transformed itself into a haven for feminine-yet-minimalist silhouettes and Paris Jackson was spotted wearing the label’s Spring/Summer ’18 collection in June this year. 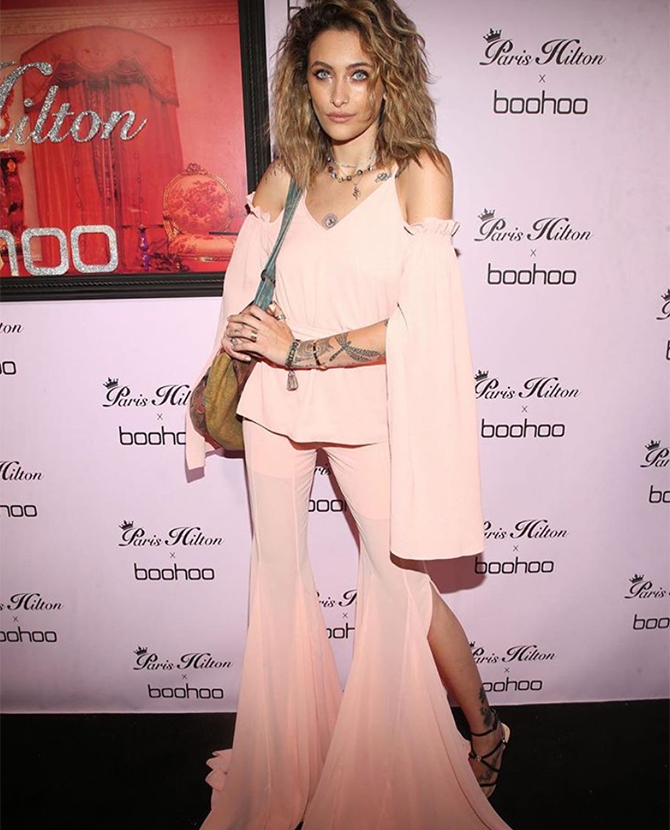 Egyptian craftsmanship is at the core of Les Miniatures. Founded by two best friends, Farah Yasser and Hanna Hazem, the dynamic duo have put Egypt on the accessories map with several Victoria’s Secret angels, including Shanina Shaik, carrying their works of art. 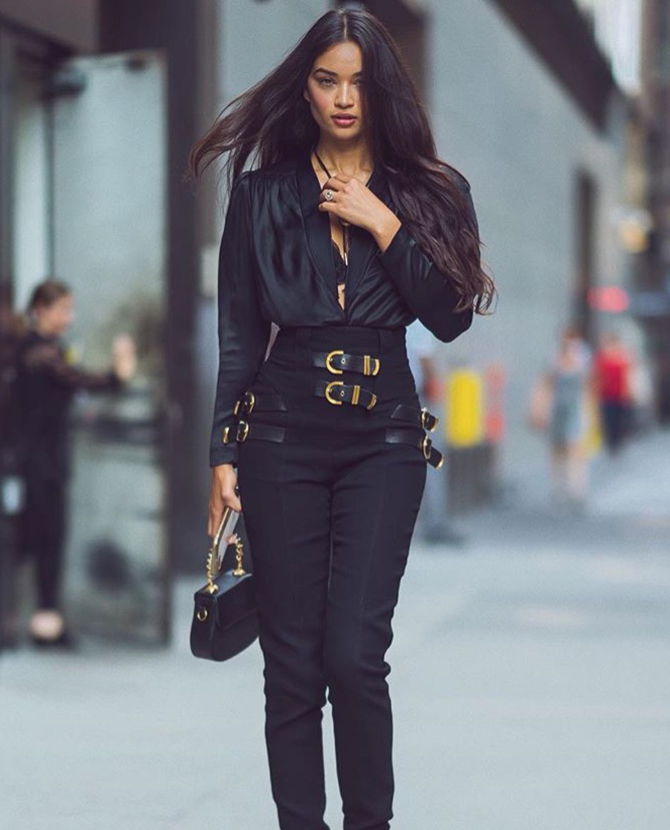 If you’re into the big, the bold and the beautiful, then Ashi Studio is a regional name to know. Already seen gracing the red carpet on the likes of some of Hollywood’s biggest names, as well as in the music industry, the brainchild behind the label, Mohammed Ashi, is a name to remember. Earlier this month, Beyoncé made headlines with her sartorial choice for the Global Citizen Festival (which happened to be a custom-made fuchsia gown by the designer), and other notable celebrities were seen wearing his creations, too.

Perhaps one of the most anticipated celebrity weddings of the year was that of Nick Jonas and Priyanka Chopra (who’s wedding was “totally insane” and “pretty amazing” according to menswear designer and music enthusiast John Varvatos), so it was only natural to choose the best of the best designers to complete the bride’s wardrobe. 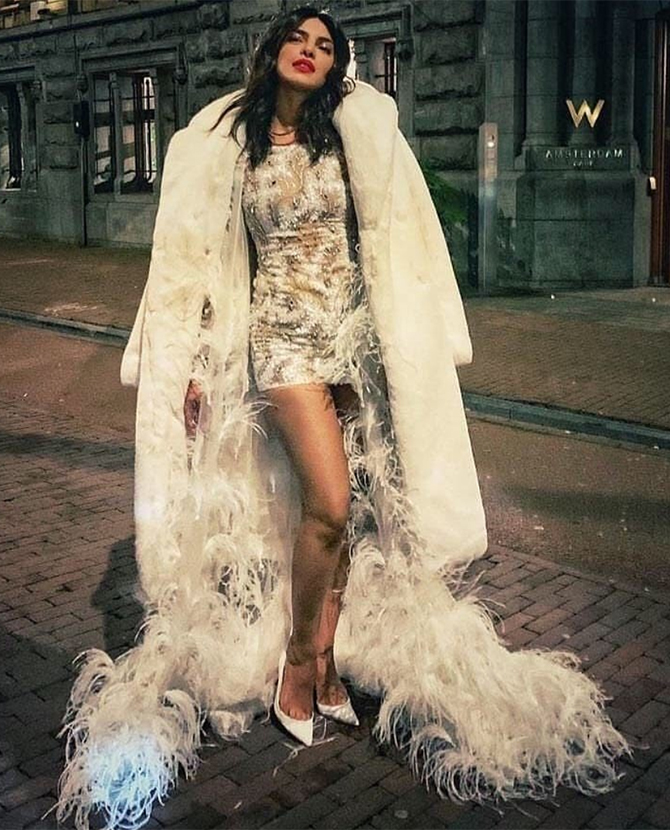 Ever since Kendall Jenner wore Azzi & Osta to her family’s Christmas party last year, our eyes have been glued to the Lebanese fashion house as they’ve continued to land A-list clients.

After an 18-month internship with Elie Saab, designer duo George Azzi and Assaad Osta have quickly cemented their own style and gained fans including Beyoncé (who wore a custom-made black gown to the Clive Davis Pre-Grammy Gala), Cardi B (who stole the spotlight in a red custom-made piece at the MTV Video Music Awards), Queen Rania of Jordan (who wore the brand’s Couture SS18 “Le Sacre” Shirt during the UN General Assembly in October) and Kelly Rowland (who wore a RTW S/S’19 jumpsuit to the Spotify Secret Genius Awards).

Following last year’s decision to accessorise her look with a bright orange Okhtein belt bag, Queen Rania of Jordan decided to accessorise her look for the graduation of Princess Salma Bint Abdullah with a piece from the brand again this year. The Egyptian label is known for its beautiful handbags and the royal opted for the Mini studded bag. 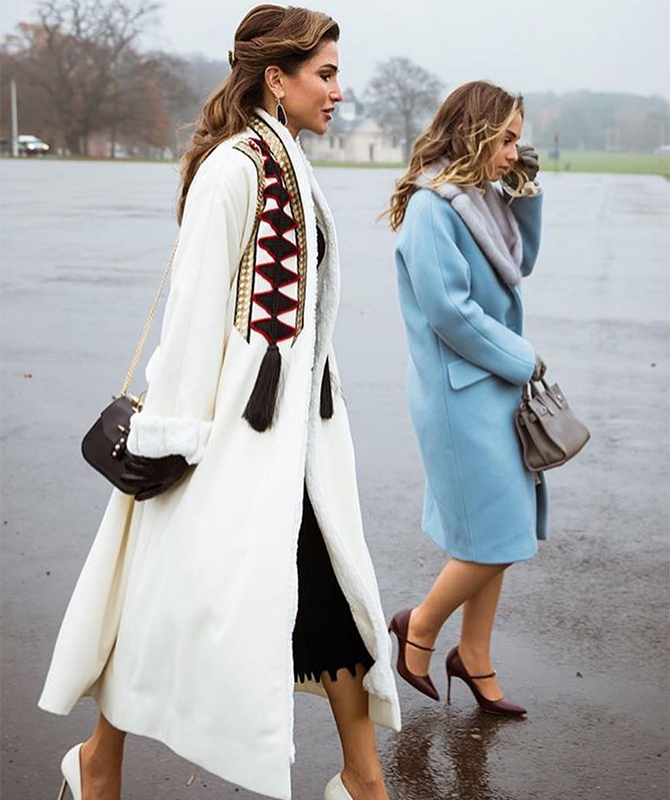 Eight years since launching her eponymous label in Beirut, Sandra Mansour continues to gain popularity amongst celebrities across the world. 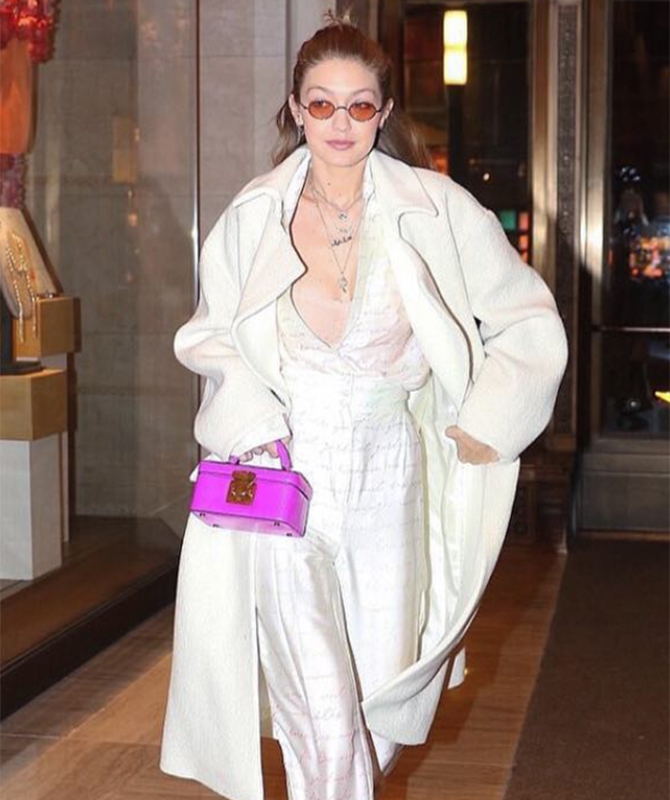 It’s quite a special thing when  one of the top three highest-paid celebrities of 2018 chooses to wear your label for their 21st birthday, and that’s exactly what Kylie Jenner did when she chose LaBourjoisie. The Kuwaiti brand created a short jumpsuit with 70,000 Swarovski crystal stones specially for the occasion.

When scrolling through your Instagram feeds, chances are, you’ve probably seen the fash pack carrying a miniature disco ball as a handbag, courtesy of Lebanon-based brand Marzook.

Sibling duo Fahad and Shouq Al Marzook are the brains behind the brand and usually draw inspiration from both Eastern and Western cultures. Their creations have been seen around the wrists of Kylie Jenner, Jasmine Sanders, Sofia Richie and Ciara.

Perhaps the most colourful label to emerge from the Dubai fashion scene, All Things Mochi has had quite the year with several collection presentations taking place across the globe.

Founded by Ayah Tibari in 2013, the brand has quickly evolved into becoming a staple in our wardrobes and this year got the royal seal of approval as Queen Rania of Jordan was spotted wearing the Emma Dress from its Fall/Winter ’18 collection. 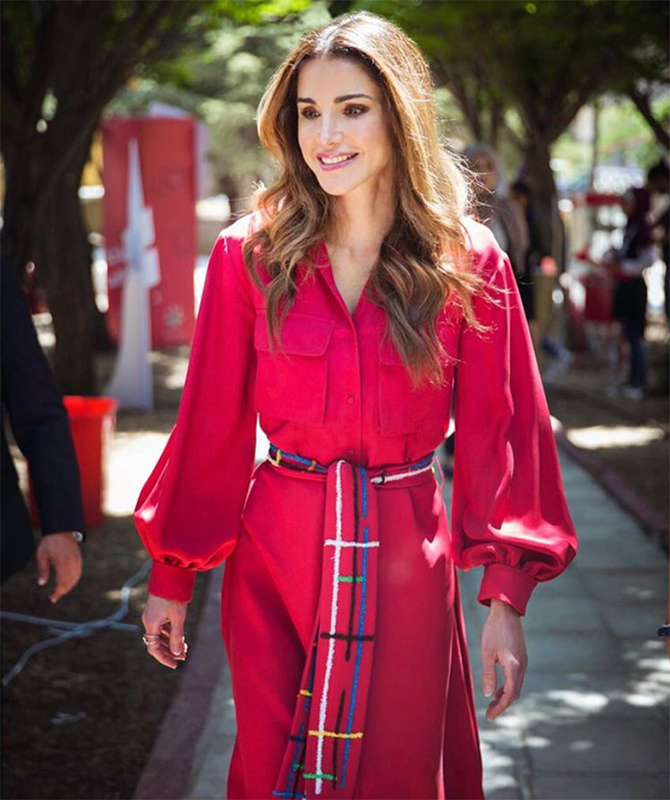 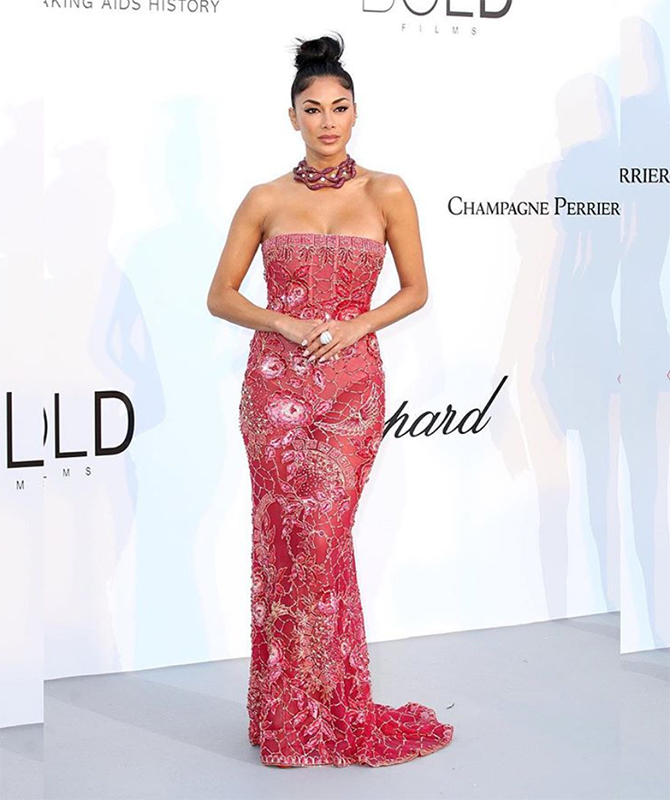 This Kuwaiti designer has been on the scene for a few years and continues to go from strength to strength. This year, the designer dressed famous Lebanese singer, Yara, in a black couture ensemble from his Spring/Summer ’18 collection. 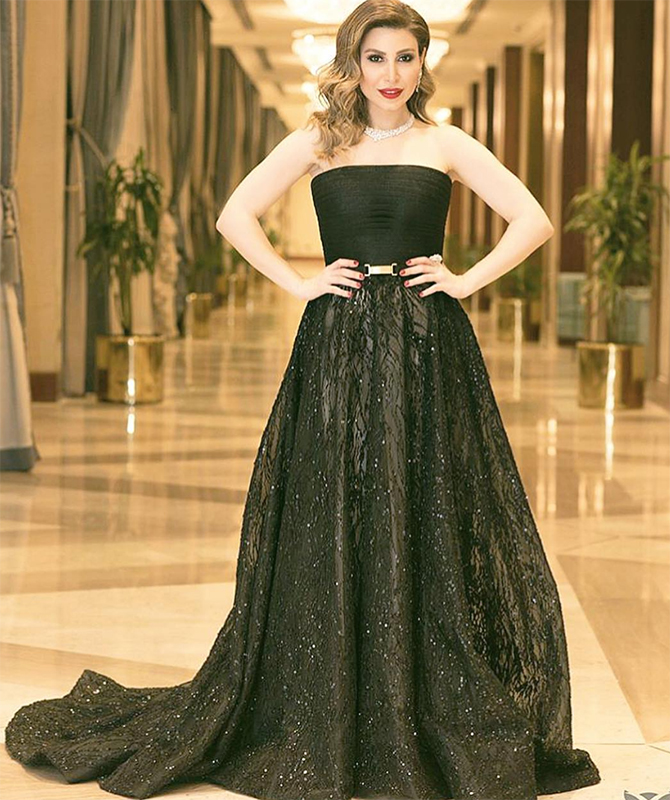 It was a big year for Hailee Steinfeld. With movie releases under her belt, red carpet appearances and even hosting the 2018 MTV European Music Awards, her wardrobe naturally had to be on point. So, for her announcement that she’ll be hosting the aforementioned awards, the American beauty fronted a striking red piece by Lebanese designer Krikor Jabotian. 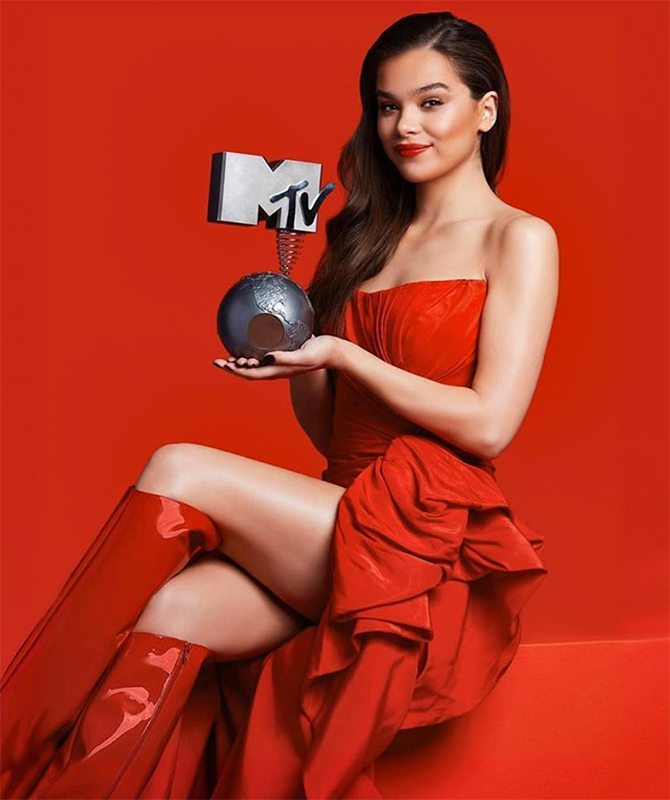 Lebanese-American designer Rami Kadi has developed his own signature within the fashion industry. Always hosting a jam-packed show during Fashion Forward Dubai, the designer is getting the recognition he deserves with international celebrities wearing his pieces, like model Sara Sampaio who was spotted wearing a two-piece crystal embellished tweed dress from his Fall/Winter ’19 collection. 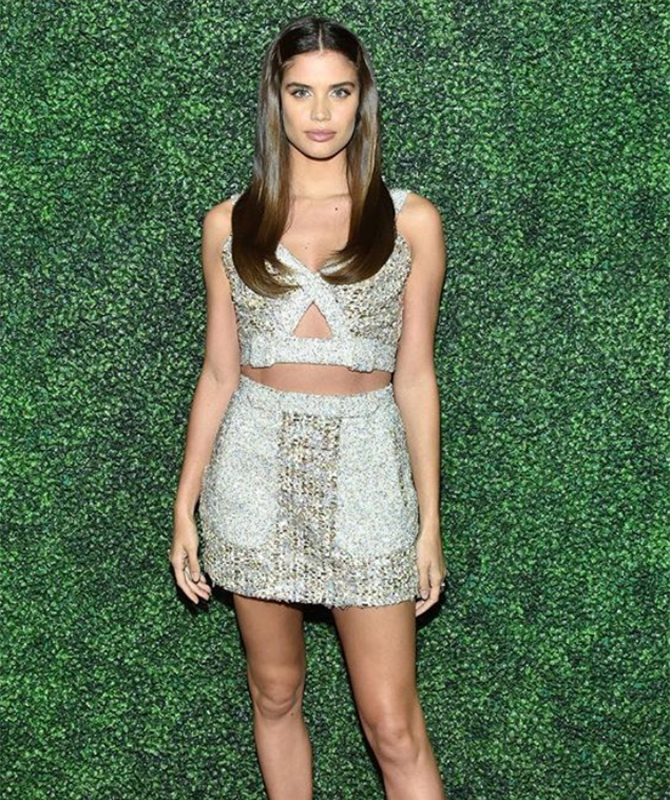 Dubai-based brand Bouguessa, run by Faiza Bouguessa, has become a one-stop-shop for those looking for sleek, minimalist designs.

Perfect for the Middle East, the brand has had a slew of celebrities wearing its creations including Halima Aden, who recently wore the Belted Jacket Gown to the Business of Fashion party in New York last month. Actress Sophia Bush also chose an ensemble from the brand in November, opting for a mustard yellow coat and trouser set for her appearance at the Together Live event.

Now, take a look at who is the most followed model on social media in 2018.