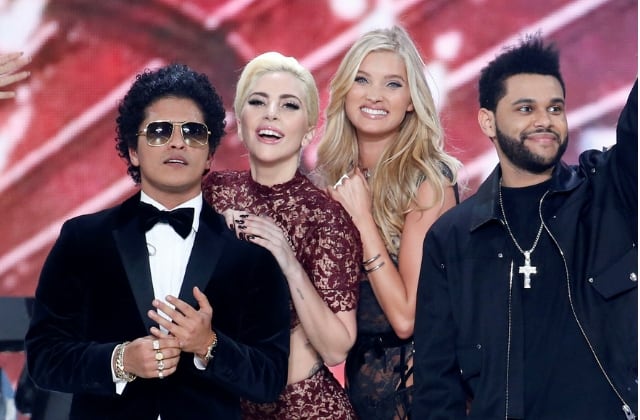 Every year, major names perform during the Victoria's Secret Fashion Show and this year is no exception...

Taylor Swift, Lady Gaga, Bruno Mars, Maroon 5, The Weeknd — these are just some of the big name acts that have played in previous years during the annual Victoria’s Secret Fashion Show. And although the catwalk is one of the biggest in the world thanks to the bevvy of insanely beautiful women who strut down it every December, the musical acts are as much of a highlight as the models. Those performing at this year’s event (which will air on December 2) have just been announced and it is a pretty stellar line-up.

There’s not one, not two, not three but a huge seven acts performing next month: Bebe Rexha, The Chainsmokers, Halsey, Kelsea Ballerini, Rita Ora, Shawn Mendes, and The Struts.

This year’s show is taking place in New York following a two-year stint overseas in Shanghai (2017) and Paris (2016). Mary Katrantzou has been revealed to be the designer collaboration for this year’s show and both Gigi Hadid and Kendall Jenner are confirmed to walk, too. It looks like we’re in for a pretty unforgettable year.

And speaking of stellar musical acts, find out which rap legend is making his UAE debut this December for Sole DXB.