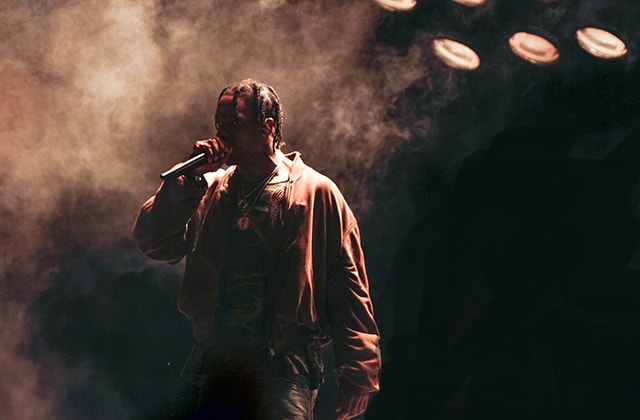 Even though this year's Abu Dhabi Formula 1 weekend is months away, we finally know who will be headlining the event...

Bringing us excitement literally both on and off the track, the event (set for November) will be bringing some of the world’s most renowned F1 drivers, including Valtteri Bottas, Sebastian Vettel, Max Verstappen and Lewis Hamilton — all competing for the number one spot.

However, it’s not just about the races, as most of us already know anyway.

The Yasalam music extravaganza is just as important as the races itself, with international superstars closing each racing day with a stand-out performance. Last year, we saw The Weeknd, Sam Smith, Post Malone and the iconic Guns n Roses group perform, and now, we can finally reveal the first act (and it’s a big one!) for the 2019 Abu Dhabi Grand Prix.

Fresh off the back from his ASTROWORLD tour, Travis Scott is announced as the first headliner of the event. The artist (who is Kylie Jenner’s partner and Stormi’s father, too) is known for some pretty impressive productions so we can expect nothing less whilst belting out to hits such as Sicko Mode, Antidote and Yosemite.

Do we think Kylie might be sitting sidelines with baby Stormi as Scott takes the stage? Who knows? But, she’s got a pretty busy schedule coming up as we just found out the beauty mogul is expanding both her fashion and beauty empires.

Scott will perform at the du Arena, Yas Island, on November 29, 2019 — the second of four after race concerts. Stay tuned to find out who else is set to take the stage.