All of the designer outfits from Beyoncé’s new film clip 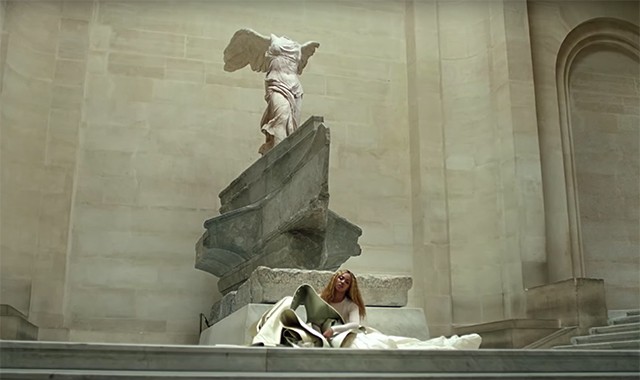 Dripping in diamonds and designer pieces, Beyoncé's new music video is one for any fashion lover. Take a closer look here...

Beyoncé excels at getting our attention — whether it’s via her sartorial choices (like the show-stopping dress by Lebanese label Azzi & Osta she wore to the 2nd Wearable Art Gala), her ah-mazing Coachella set (which saw Destiny’s Child reunite) or leaving us to wonder who bit Beyoncé, Queen Bey can do no wrong.

Especially when she joins forces with husband Jay-Z.

Over the weekend, music fanatics around the globe rejoiced at the announcement that the couple had dropped a new joint album, titled Everything Is Love, via Jay-Z’s streaming site Tidal. Currently on their joint tour, On The Run II, Beyoncé and Jay-Z accompanied their album announcement with a new music video that has already received over 20 million views (in just three days, we might add).

In the clip, the pair is seen taking over the Louvre museum in Paris, singing in and around some of its most famous pieces including the Mona Lisa and The Coronation of Napoleon. But, it’s also the musician’s sartorial choices that have people talking as she donned not one, not two, but S-E-V-E-N stellar designer looks throughout the six-minute clip. See them all below…

The music video opens with a scene just in front of the Mona Lisa, where Beyoncé is captured in a bright pink Peter Pilotto silk pantsuit from the brand’s A/W’18 collection. Jay-Z is wearing a bright-coloured ensemble by Dries Van Noten. 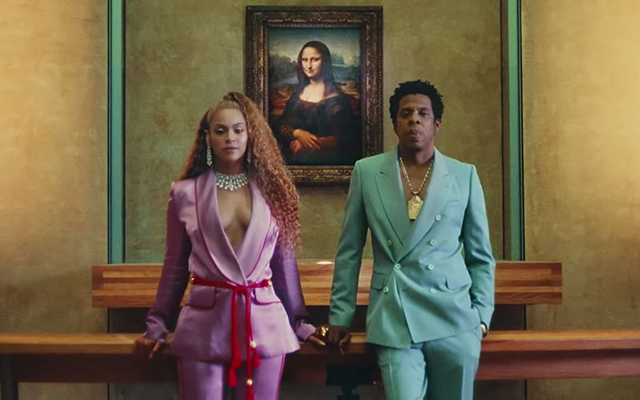 You can never go wrong in a full Versace look and Beyoncé did just that for another scene. She was spotted dressed in an all-over Versace Barocco look with silk bralette and headscarf, printed pumps and Barocco bathrobe, whilst Jay-Z opted for another Dries Van Noten suit. 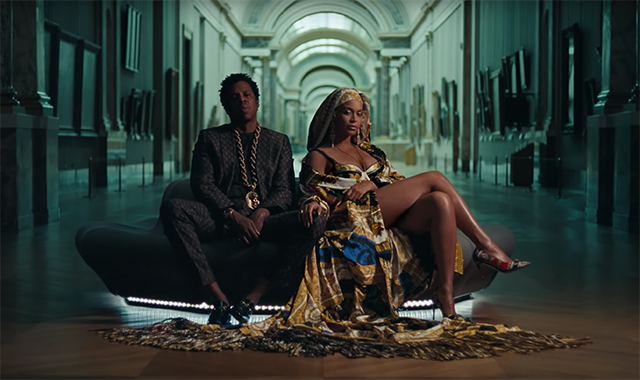 MCM’s signature print and camel tones were seen on the musician in the scene pictured below. Wearing a hat, bodysuit and coat by MCM, Beyoncé’s opted to accessorise the look with cut out boots by Y Project. Jay-Z sported a grey printed suit by Alexander McQueen. 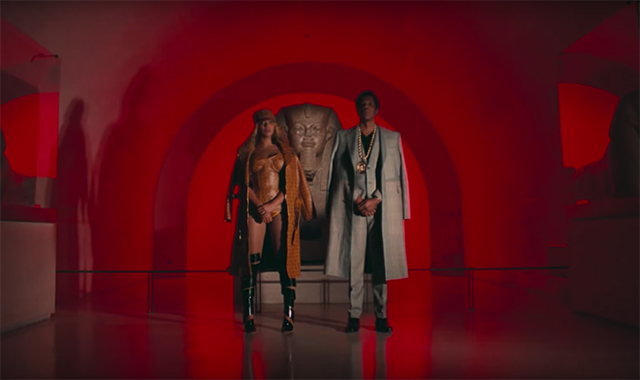 Shot in front of The Coronation of Napoleon, Beyoncé is captured alongside her dancers dressed in a two-piece by Burberry covered in the brand’s signature vintage check. 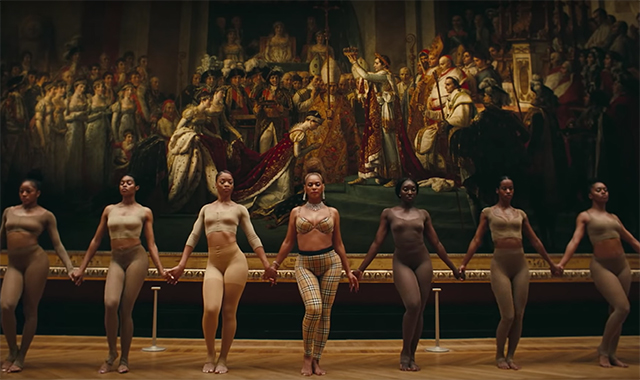 For the all-white looks, Beyoncé opted for a beautiful gown from Stephane Rolland’s Spring ’18 couture collection whilst Jay-Z opted for a classic Givenchy double-breasted suit. 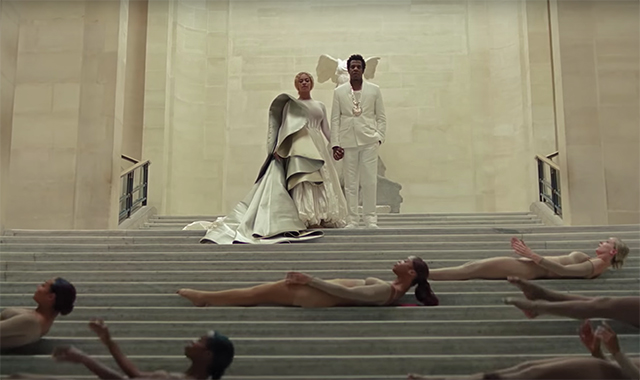 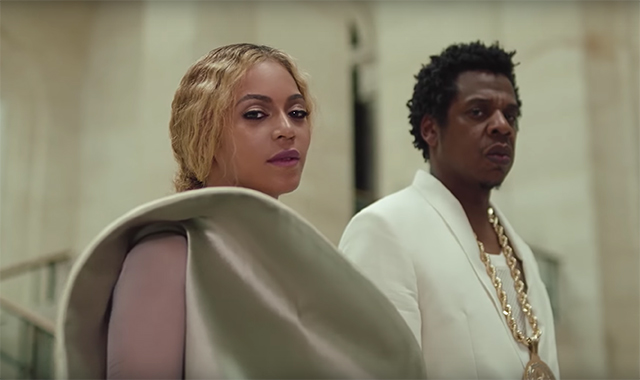 For just a few seconds, you can spot Beyoncé dressed in Balmain‘s Resort ’19 collection. The singer also tapped Olivier Rousteing‘s Resort ’19 designs for her opening number whilst in Manchester for the tour. 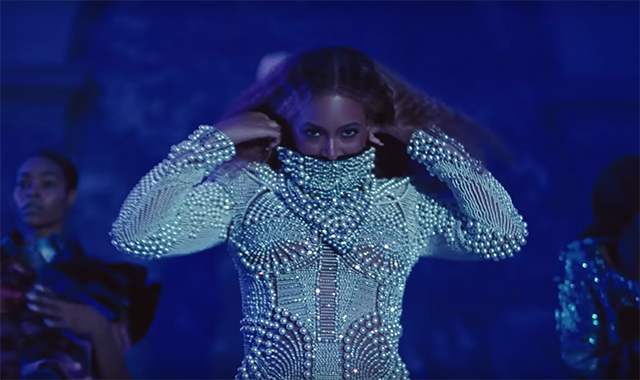 Now, find out which R&B star is confirmed to perform at this year’s Grand Prix in Abu Dhabi.