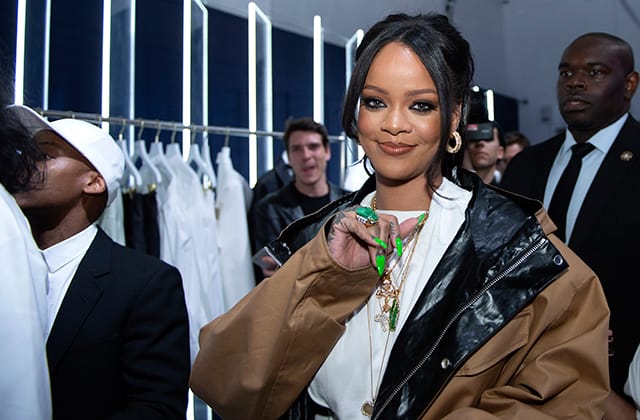 OK. Is there anything Rihanna can’t achieve? Whilst it’s no secret that Rihanna wears many hats (on top of being a singer, actress, beauty mogul, and recently an LVMH-approved fashion designer) the superstar is now officially the world’s highest paid female on earth.

According to Forbes‘ annual list of America’s Richest Self-Made Women for 2019, Rihanna topped the list as the highest paid woman in the music industry, estimating her worth to be a staggering Dhs2.2 billion.

Courtesy of the star’s wealth acquired through her lucrative partnership with LVMH (with whom she launched her Fenty Beauty cosmetics and Fenty fashion line), Rihanna’s massive empire has made her spearhead north of such fellow music superstars including Madonna, Celine Dion and even, Beyoncé.

We couldn’t be more proud of her!

Also, Rihanna isn’t the first artist making history by going beyond the studio. According to Forbes, Jay-Z was recently named the first hip-hop artist to amass a billion-dollar fortune.

Now, did you know that you’ve probably been saying Rihanna’s name incorrectly this whole time?