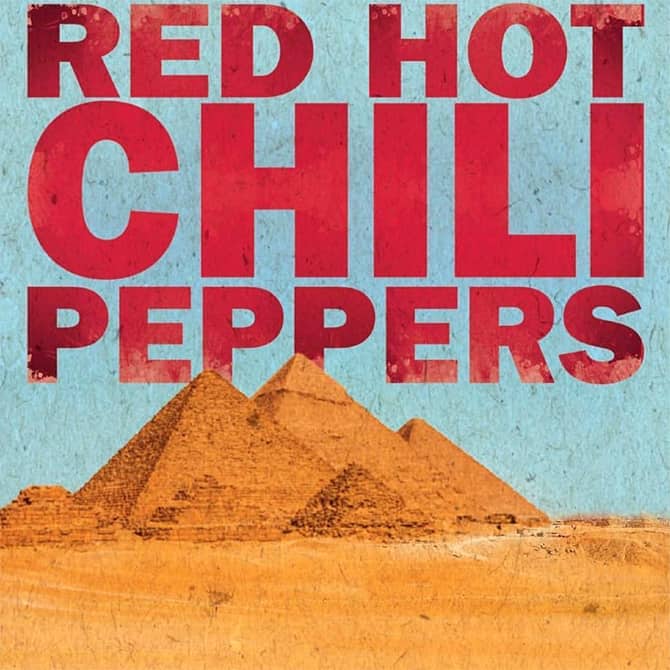 You can now dream of Californication in the heart of the Middle East, thanks to this iconic band's next gig...

What happens when you put a legendary rock band together with one of the world’s seven wonders? Something epic, that’s what.

And that’s exactly what we’re expecting in March as the Red Hot Chili Peppers have just announced that they’re heading to Egypt’s Great Pyramids of Giza for their next performance.

Not only does the show mark the end of the band’s two-year world tour for their eleventh album The Getaway (they’ve already been to the US, Argentina, Chile and Brazil), but the performance in Egypt will also mark a significant step for the country towards becoming more culturally-inviting.

It makes sense that the American rock band would choose an epic location to end their tour. The Great Pyramids of Giza have hosted several iconic musicians in the past including Kylie Minogue, Mariah Carey and Shakira.

If you needed a reason to go to Egypt, now you’ve got one…

Now, find out which three British pop artists are set to perform in Dubai this March.