This is not a drill
June 17, 2018
Maddison Glendinning 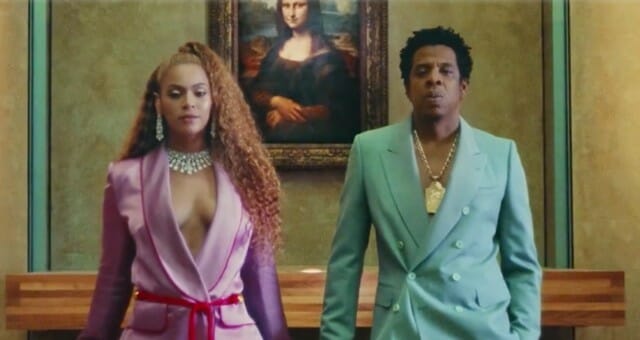 Beyoncé and Jay-Z just announced the launch of their newest joint album and we couldn't be more excited...

It’s long been rumoured that Beyoncé and Jay-Z were working on album together and overnight, the good news we’ve all been waiting for finally came. The pair are currently on the UK leg of their On The Run II  tour and last night announced the launch of their first joint album, called Everything Is Love, via Jay-Z’s streaming site Tidal.

The album has nine tracks, two of which were produced by Pharrell and feature an appearance by the N.E.R.D. frontman as well as Migos.

The news was accompanied by the release of a music video that was filmed in the Louvre in Paris in May. The pair are seen singing in and around the museum’s most famous pieces, including the Mona Lisa. #Casual.

Everything Is Love is now available on Tidal. There’s no word yet as to when it will be released on iTunes but if earlier releases are anything to go by, we can likely expect it to hit the store in the coming weeks.

Now, find out which R&B star is confirmed to perform at this year’s Grand Prix in Abu Dhabi.