What do Jennifer Lawrence, Ariana Grande, Leonardo DiCaprio and Meryl Streep have in common? 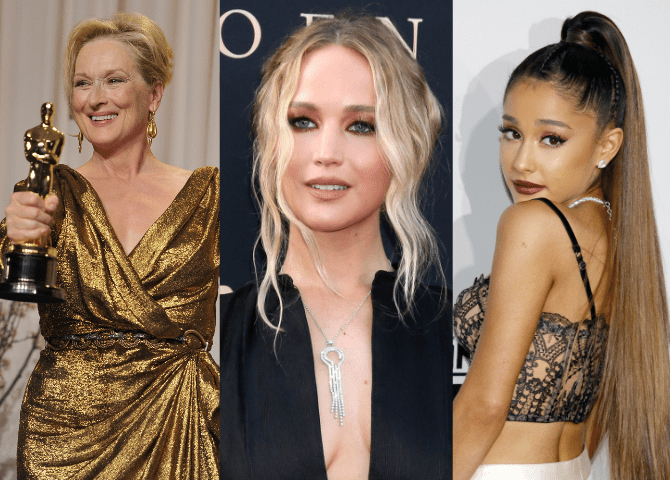 This has got to be one of the biggest line-up of A-list talent since 'Ocean’s Eleven'...

What happens when you put a tsunami of talent together? Given the success of films such as Ocean’s Eleven and the all-female cast for Ocean’s Eight, the results can only be triumphant and that’s what we’re expecting from Adam McKay’s new comedy for Netflix, titled Don’t Look Up.

Whilst no further details have been revealed as to what to expect, we know the story line follows “two low-level astronomers who embark on a media tour to warn mankind of an approaching asteroid that will destroy Earth”, according to Deadline.

We all love a good plot but what we’re mostly looking forward to is the cast of A-listers set to star in the film. The ensemble of talent includes Jennifer Lawrence, Leonardo DiCaprio, Cate Blanchett, Meryl Streep, Jonah Hill, Himesh Pate, Rob Morgan and Timothée Chalamet. And just when we thought that the power list couldn’t possibly get any better, we learned that Ariana Grande, Kid Cudi, Matthew Perry and Tomer Sisley are lined up to make appearances, too.

Until then, find out what we’ve got on our must-watch lists on Netflix this month.