ICYMI: The first full trailer for Game of Thrones season 8 has landed 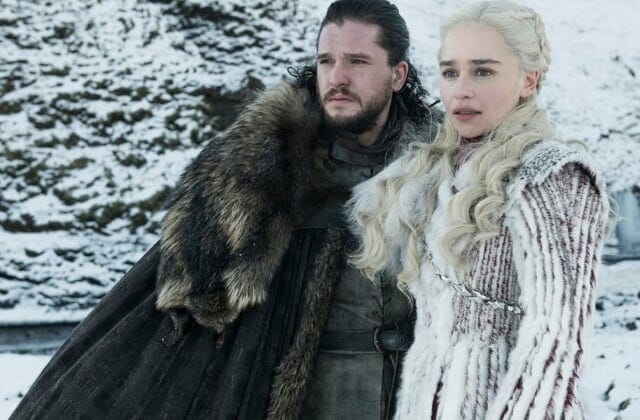 The final season of Game of Thrones is almost upon us and the first full-length trailer has dropped...

April 2019 will be an epic month. The newest royal baby is scheduled to arrive and the final season of Game of Thrones will air, rendering us unable to talk about anything else for the six weeks that follow its debut.

HBO has dropped a couple of teaser trailers in the lead-up but overnight it released the first full-length trailer for season eight and honestly, we are shook. The two-minute long clip begins with Arya Stark seemingly running for her life through a series of tunnels as she says “I know death, he has many faces. I look forward to seeing this one.” The clip then cuts to show several of the show’s most prominent faces including Sansa Stark (who sees Daenerys’ dragons for the first time), Jon Snow, Brienne of Tarth, Cersei, Tyrion and Jamie Lannister, Greyworm and Missandei (woohoo!) and Samwell Tarly. And, of course, there’s a quick cameo by the White Walkers.

The final season (which is being celebrated by Urban Decay with a limited edition makeup collection) will begin on April 14 and will presented in the form of six “movies” rather than episodes with a run-time of around 90 minutes each.

Until then, find out when the next season of The Handmaid’s Tale will air.